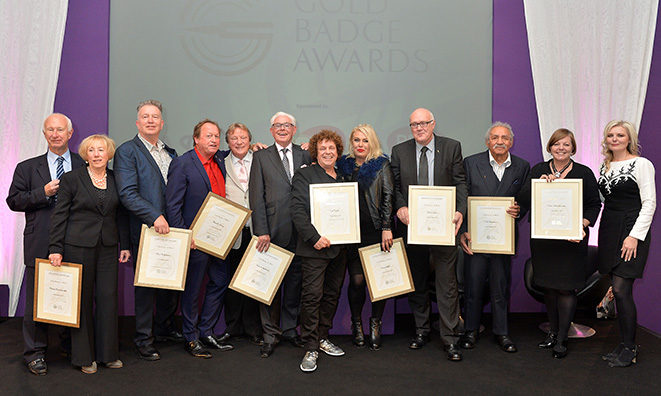 BASCA will present the 42nd Gold Badge Awards, sponsored by PPL and PRS for Music, on Tuesday 13th October at The Savoy, London.

Founded in 1974, the BASCA Gold Badge Awards recognise exceptional people from right across the music industry who have worked in support of British songwriters and composers.  They are an opportunity for BASCA and its members to thank an outstanding group of men and women who have made a unique contribution to British music.

“BASCA is delighted to recognise the unique contribution each person announced today has made to the professional lives of songwriters and composers.  This is a truly diverse and inspirational group of people, champions of British music who have worked in the public eye and behind the scenes to ensure music is heard and thrives.  BASCA takes pride in the opportunity to honour them at the Gold Badge Awards on 13th October.”

The 42nd BASCA Gold Badge Awards are hosted by Guy Fletcher OBE and follow a lunch at The Savoy, London on Tuesday 13th October.