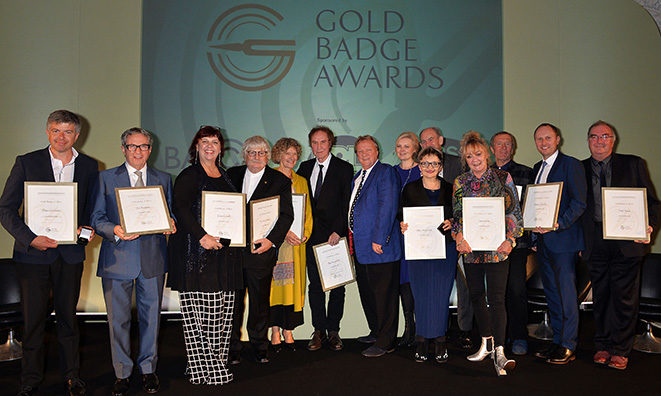 BASCA presented the 43rd Gold Badge Awards, sponsored by PPL and PRS for Music, on Monday 3rd October at The Savoy, London.

Founded in 1974, the BASCA Gold Badge Awards recognise exceptional people from right across the industry who have made a unique contribution to British music.

The full list of 2016 Gold Badge recipients is as follows:

“It is a great pleasure for BASCA to celebrate the creativity, inspiration, taste and genius included in this year’s list of Gold Badge Award recipients. Each of these remarkable individuals has helped shape the architecture of the music Britain loves in their own unique and significant way. For BASCA’s community of songwriters and composers to be able to congratulate and pay tribute to their influence in our profession at this joyous event is an honour.”

The 43rd BASCA Gold Badge Awards were hosted by Guy Fletcher OBE and followed a lunch at The Savoy, London on Monday 3rd October 2016.