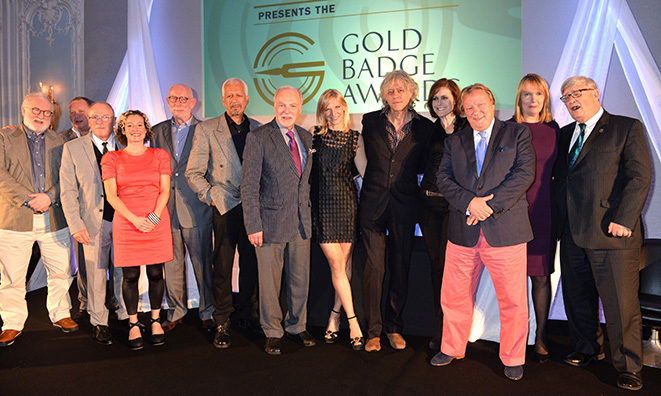 BASCA, in association with PRS for Music will present the 41st Gold Badge Awards on Tuesday 14th October 2014 at The Savoy, London.

Presented since 1974, the Gold Badge Awards recognise exceptional people from right across the music industry who have worked in support of British songwriters and composers.  They are an opportunity for BASCA and its members to thank an outstanding group of men and women who have made a unique contribution to British music.

“BASCA has presented the Gold Badge Awards for forty years to acknowledge the talent that helps make the British music industry thrive.  We take pride in celebrating these incredible Gold Badge Award-winning individuals.  It is their inspiration, promotion, performance, commissioning and much, much more that makes the professional landscape for songwriters and composers a better place in which to work.”

“I’m delighted that PRS for Music has the honour of sponsoring the Gold Badge Awards again this year.  These Awards are important because they recognise the significant contribution of the men and women – often behind the scenes – who ensure that great music is delivered to us all.  They are champions and help the British music industry to thrive around the world through very challenging times.”

The 41st Gold Badge Awards are hosted by Guy Fletcher OBE and follow a lunch at The Savoy, London on Tuesday 14th October 2014.