Songwriter Doug Flett, best known for writing hits for artists including Elvis Presley, Ray Charles and Cliff Richard, has died at the age of 83. 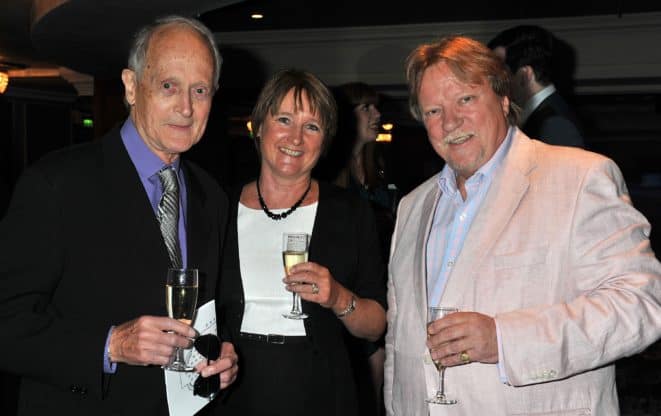 Doug Flett was an active member of the Academy for many years, who was presented with an Ivor Novello Award in 1974 with long-time writing partner Guy Fletcher for their song ‘Power to All Our Friends’, recorded by Cliff Richard. Since the mid-60s the pair have written hit songs for many international artists, enjoying four decades of success with recordings by the likes of Ray Charles, Frankie Valli, Joe Cocker and Elvis Presley.

It is with great sadness that I report the death of Doug Flett, my friend, lyricist and business partner for the past 54 years.

Australian by birth, Doug came to England with his wife, Patsi, in the early Sixties and took a job in advertising. We met in 1965: he handed me an impressive sheaf of lyrics and thus began our co-writing, publishing and record producing partnership.

He was a brilliant lyricist and we quickly established something of a presence in the music industry. There followed several songs for Elvis Presley, Cliff Richard, Ray Charles, Joe Cocker, Frankie Valli and a host of other recording artists around the world.

Doug was a supportive member of The Ivors Academy (formerly BASCA) for 46 years.  He leaves a daughter, Kathryn, and his two beloved grandsons, Jackson and Rider.