Members of the Academy pay tribute to Les Reed

Songwriter Les Reed, who co-wrote Tom Jones’ hit singles Delilah and It’s Not Unusual, has died at the age of 83. 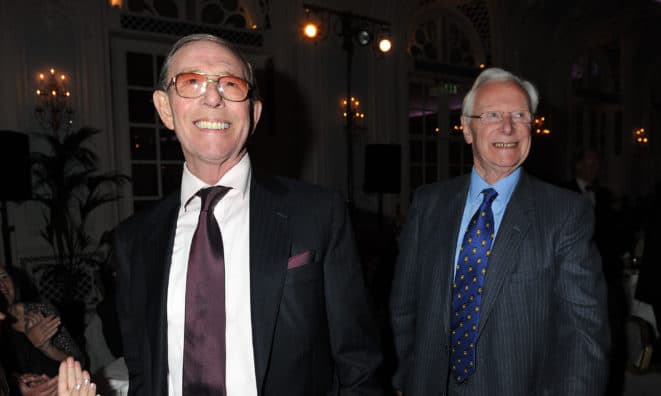 Les was a long-standing member of the Academy who had been awarded with five Ivor Novello awards in the 60s and a Gold Badge in 1980, in honour of his extraordinary lifetime achievement and contribution to songwriting.

Artists including Elvis Presley, Shirley Bassey, Bing Crosby and Lulu have all recorded songs written by Les Reed. Along with writing partner Barry Mason, the pair penned huge hits The Last Waltz in 1967 and Winter World of Love in 1969 for Engelbert Humperdinck.

Of the passing, Roger Greenaway, who co-wrote extensively with Les, told us:

“Apart from being an incredibly talented musician, melody writer and arranger, (he arranged You’ve Got Your Troubles by the Fortunes, our first hit as Cook and Greenaway) Les Reed was one of the most generous and nicest human beings I’ve had the pleasure and privilege to know and call a friend. He is probably the only songwriter/arranger in the history of pop music to write a classic, Delilah, which he wrote with his long-time collaborator Barry Mason, that the public not only sing along to but sing the arrangement as well. He was loved, admired and respected by all those whose lives he touched. I will miss him greatly but know he will never be forgotten as his incredible legacy will live on and on. RIP dear friend.”

“Les Reed, one of the all-time great British songwriters and top bloke, has died. He was a composer of countless hits that will live on for years, decades, to come. All his music biz chums will miss him enormously and will never forget his songs, talent and generosity of spirit.”

“Les has been a Maestro songwriter, arranger and pianist for as long as I can remember. Throughout the 60s and 70s, all us budding writers were in awe of his ability to create what appeared to be a simple melody and turn it into a sublime international hit song. His contribution to the world’s songbook is as important as anyone in history and his name will certainly be remembered with deepest respect and affection by all of us who were privileged to be his friends and colleagues.”