Over the last few years, the mental health and wellbeing of musicians has been a subject of much discussion. So how is the industry responding? 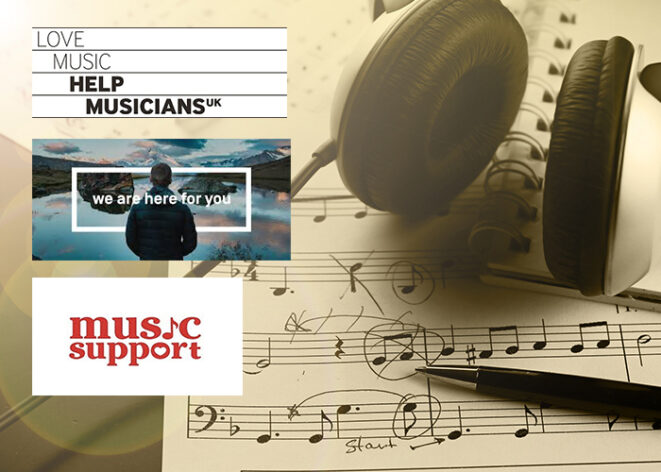 The story behind the tragically early death of Amy Winehouse shown in Asif Kapadia’s 2015 documentary got a lot of people thinking. It highlighted the unique pressures faced by artists – and how working in the music industry may exacerbate stress and anxiety, leading to self-destructive behaviour as a way of dealing with it.

When Winehouse died, she’d been suffering with alcohol and drug addiction, and an eating disorder, for the most commercially successful part of her career. Despite appearing not well enough to be working, she was in the public eye, writing and releasing music, and touring the world.

Since then, artists including Lady Gaga, Olly Alexander of Years & Years, DJ Ben Pearce and Selena Gomez have spoken out about suffering from mental health issues. More recently, Soundgarden frontman, Chris Cornell, and Linkin Park’s Chester Bennington have both committed suicide after struggling with depression.

Many studies have long suggested there’s a link between creative people and mood disorders like bipolar. A recent Help Musicians UK report suggested that the music community may be up to three times more likely to experience depression and anxiety when compared to the general public. There’s a wealth of reasons why musicians are at higher risk. Making music is a deeply personal process and an integral part of an artist’s being, which can lead to frustration, anxiety and depression if that need to create is compromised or not satisfied.

“If you’ve got a creative spark in you and you’re a musician, you need to use it,” says producer Yvonne Ellis in the qualitative part of Help Musicians UK’s study. “It can be a curse, because if you’re not being creative then it can make you ill, it can make you depressed. I found that to be very true in the times that I’ve not been creative.”

Because it’s so personal, praise or criticism can feel like judgements of character, and social media brings a wealth of opportunity for negative feedback to be voiced.

The freelance nature of a music career, and the challenge to make money from it, is another factor. Even for those working in the commercial music industry and earning enough to live comfortably, pressure comes in the form of having to write the next ‘hit’ and fear of being pushed aside for what might be deemed to be ‘the next big thing’ in an industry obsessed with the new.

And when a flourishing career is in full swing, even more potential stressors can come into the picture. For many artists, the majority of their income is made on the road, so they’re touring more than ever. Travelling can result in lack of sleep due to jet lag, less opportunity for exercise and a disrupted diet. Meanwhile, drugs and alcohol, readily available at after parties, momentarily soften post-show comedowns and can become a crutch.

Family and friends are far away, and an artist’s support network becomes the people in their professional team. That team have financial incentives for keeping someone working, even thought they may need a break, and following a creative path that may not truly reflect who they are. There’s also importance places on maintaining a certain persona or look that might be unhealthy or unnatural – offering little opportunity for musicians to relax and be themselves.

So what support is available? Charities Help Musicians UK and Music Support have both made supporting the mental health and wellbeing of those working in music a priority over the last few years.

Help Musicians UK is in the process of building a service that offers a helpline for those in need. They plan to offer counselling, clinical support, financial help and legal advice to every element of the music industry ecosystem. CEO Richard Robinson also has a view to expanding the service to record labels and other music companies.

When it comes to preventative measures, creative coach and industry stalwart Claire Scivier, has been vocal about the need for artists to have a team that’s as extensive as those given to sports stars.

“Professional footballers have an entire crew to look after every element,” Scivier explains. “If you walk into a record company, there’s a press department and marketing, but there’s nothing about physical health at all. Artists have to be athletes these days physically and mentally, they have to be resilient.

“British Airways cabin crew have rules about how long they can fly and how many days off they have. DJs and artists don’t. It’s treated far too much as ‘you’re having it good now, and it could all be over tomorrow’. We need to consider the long term rather than ‘quick, cash in while we can’, because these artists are being burnt out.”

Scivier has launched her own charity, Your Green Room, which aims to provide support for artists who’ve been dropped to get back on their feet. That, and an initiation programme that gives newly signed acts the knowledge required to look after themselves long-term, is something Robinson says he can imagine Help Musicians UK considering too.

“We need to look at what you might call mental health first aid, as well as preventative care, and quite how we do that will be down to our next phase,” he explains.

That next phase is about listening to organisations both in and outside the music industry to help develop more ways of supporting individuals who are at risk of having mental health issues.

Robinson adds: “It wouldn’t surprise me if some of these initiatives are things we make a decision about over the next year or so. But we can’t do this on our own, we need to work with the industry hand-in-hand.”

In terms of support from the music business, industry trade body BPI has given funding to Music Support, while Sony Music UK is fundraising for mental health charity Mind over the next 12 months, in order to increase awareness and understanding around mental health.

Music Support, which was founded by people who have worked in the music business, has launched a helpline and now provides safe spaces backstage at festivals. These spaces offer a place for everyone working at the event to go if they need a break, and to find out where they can get further help if needed.

Co-founder Andy Franks was inspired to launch the charity after struggling with alcoholism while working as a tour manager for Coldplay, Robbie Williams and Depeche Mode. He says: “We’ve experienced it from the inside so we know the problems and pressures people are under, and we can talk on a much greater one-to-one basis with people thanks to our own experience and knowledge.

“There is a certain way of communicating that is specific to our business, so when we want to get help, we don’t necessarily  know where to go outside of that. We ask within, we ask our own people, and if they don’t know the answer there’s a bit of a problem.”

Music Support use a four-step triage to assess people who ring the helpline, and there are a range of solutions available. Callers can access a clinical assessment and might be directed to rehab, or they might be forwarded to Samaritans. Training and education is something Franks wants to provide in future to better prepare budding musicians and executives for all aspects of the industry, and a wellbeing mentor programme is also in the works.

“The next generation of people who want to be involved in the music business don’t necessarily think about the downsides to it,” Frank adds. “We want to be able to go in and talk to people in colleges or at the start of tours, and have a space backstage where people can come in and have a chat. Large groups of people who are working incredibly stressful jobs need somewhere they can get help or respite. One place is at the bar or with drugs, and the other option could be somewhere set aside where they come and sit with us.”

“We dig deep into anxiety, find out why someone wants to be a musicians and then reassure them that they are on the right path to fulfilling their goals and dreams,” says Music for Mental Wealth Co-Founder Laura Westcott. She adds: “Stress and anxiety can be a block, and it comes from self-doubt and the pressure you put on yourself to deliver. As soon as you realise that you’re perfect the way you are, let creativity flow through you and remove the ego from what you’re delivering, stress and anxiety diminish. Our main goal is to make people feel good about themselves.”

While being involved in the business of music can have negative side effects, music itself has proven to be a powerful healer. Research suggests listening to and making music can help alleviate mental health issues, and music therapy is also used to treat those with learning difficulties, autism and dementia.

Singer, songwriter and BASCA member Melissa James has used her history with depression to raise awareness of mental health issues and reach fellow sufferers. Through her SING4SANE project, James has been hosting public sing-a-longs and workshops.

“Music can be a powerful tool for getting through lots of things, we have music that we listen to that lifts us out of troubles and music we listen to when we’re feeling great that gives us another boost,” she says. “I see it with my weekly singing group, during my darkest days when I’ve thought I really don’t think I can go tonight, I’ve pushed myself out of the door and got there, and at the end of the hour and a half I feel like a different person. My situation is still the same, nothing else has changed aside from my mindset. That’s purely down to singing and connecting with those people who have the right energy.”

Alongside daily practice of meditation, yoga and spending time outside, James keeps her mental health in check by making sure she’s got autonomy over her career. “I’ve faced the highs and the lows of doing a show and feeling fantastic, and then the next day feeling like, well what is that all about because I’m still back to square one, I haven’t got any further, I’m still sending CDs out and no one takes any notice. How can that be after I’ve just performed? It slaps you in the face constantly. One of my ways of trying to get through it is realising that I can’t do things the music industry way, whatever that is.”

Instead of banging on doors and looking for deals, James has created her own opportunities and built an engaged fanbase by spending time connecting with the people who listen to her music. “Because of what we are taught about the industry, I think too many artists feel that we have to have somebody validate what we do by managing us or by being our label. Of course help is useful, and I’m at a point where I need an extra pair of hands, but that doesn’t mean I have to hand everything over to someone to manage on my behalf.

“The more control and awareness you can have of how the industry acts and what it does, the less you can get caught up in all the showbiz. You’ve got to be able to integrate in life generally as everybody does. If you don’t and you just stay up there in the bubble, the bump is going to be much harder when you come back down.”

Where to find help

Article first featured in The Works, 2016