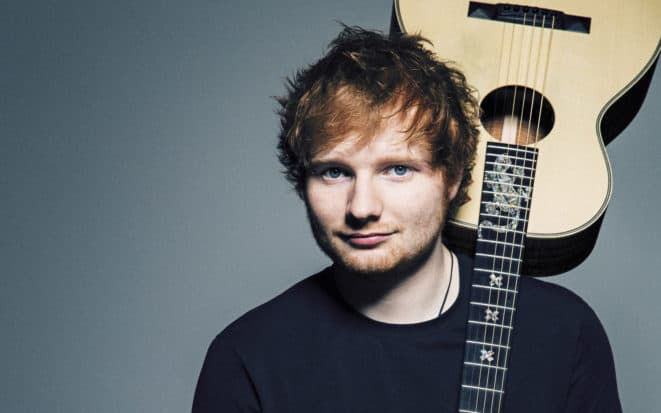 At time of press, Ivor Novello-award winner Ed Sheeran is facing the prospect of two plagiarism claims – the allegations being that Photograph copies Amazing (as performed by Matt Cardle) and that Thinking Out Loud uses core elements of the Marvin Gaye hit Let’s Get It On.

As these claims follow a series of high profile infringement cases in both the UK and USA, it seems timely to look at the key elements of an infringement claim – and some of the recent practical and legal developments that may affect how such claims are handled by the courts.

When looking at the legal decisions, an important point is that a songwriter will have a separate copyright in each individual country where their song is protected – and so what might be an infringement in one country, might not be in another. Furthermore, unlike the UK, countries such as the USA use juries in infringement cases and so we don’t necessarily know the full reasons why a work was found to be infringing (or not).

In very general terms, there are three key aspects to any claim for plagiarism – protection, access and copying. Let’s look at each one:

1. Protection
The starting point is that a songwriter seeking to protect their work through copyright must be able to show that it is an original work. The threshold for originality is quite low – in particular, copyright law does not require the songwriter to come up with something novel, only something that is the result of their own thinking (the author’s own intellectual creation). Nor does the work have to meet critical acclaim – indeed, as the Court of Appeal once said, a “rubbish and utterly worthless” work can still be protected.

2. Access
Secondly, the alleged infringer must have had access to the first work. So in the absence of evidence that a defendant composer has heard the earlier work, the courts have said that a claim of copying can only succeed by demonstrating similarities between the two works which could not be coincidental.

Looking at two of the most recent and high profile court cases, Marvin Gaye’s family were successful in the Blurred Lines case in proving that the composition used in the worldwide hit infringed the copyright in Gaye’s Got to Give It Up.

However, the estate of songwriter Randy Wolfe was unsuccessful in its claim that Stairway to Heaven copied elements of his instrumental composition entitled Taurus and recorded by his band Spirit.

Perhaps one significant distinction between the two cases was that the jury found that Jimmy Page and Robert Plant had heard Taurus (leaving open the possibility that it had played a part in their writing of Stairway to Heaven), but an inference of copying was much easier to draw in the Blurred Lines case due to evidence that the authors had been influenced by the Marvin Gaye song.

3. Copying
Finally, there must have been copying of the first work. However, just as the initial songwriter has to show that their work is original, a person responsible for a similar work and accused of copying will not be found to have infringed the first work if they can show that the second work was the product of their own thinking.

One very important point is that while plagiarism is associated with intentional copying, the test for copyright infringement does not depend upon the intention of the songwriter.

If a songwriter unwittingly borrows from an earlier composition, they can still be found liable for infringement. So while Sam Smith explained that it was a “complete coincidence” that his hit Stay with Me had similarities with Tom Petty and Jeff Lynne’s work for Petty’s hit I Won’t Back Down – and Petty himself referred to the matter as the kind of “musical accident” that is usually caught before it gets out of the studio door – Petty and Lynne ended up with songwriting credits on the later work.

Similarly a songwriting credit was given to the Gap Band in respect of the Mark Ronson/Bruno Mars hit Uptown Funk following claims of similarities with Oops Upside Your Head.

While songwriting teams are legendary – from Gilbert and Sullivan to Elton John and Bernie Taupin and beyond – it is becoming more common for an increasing number of writers to be given the credit for a song. Hold Up on Beyonce’s Lemonade album is credited with 15 writers.

This is for a number of reasons. For example, contributions to the composition may be made by production teams working on the recording of the song. Furthermore, the courts have recognised that a performer can become a co-author of a song, examples beying the violin part of the Bluebells’ hit Young at Heart and the drummer and percussionist of Spandau Ballet who were found to be joint authors of Glow as their parts had been devised by them and provided a significant and original contribution to the song as a whole.

Another reason for the lengthy list of songwriting credits on some tracks is to acknowledge writers who may not have collaborated on the song, but who (like Petty and Lynne with Stay with Me) may have a claim that their previous songs have been incorporated into the new song.

Apart from the diminishing share of royalties that a songwriter may face as more and more contributors are given a credit, a lengthy list of co-writers can increase the risk of a successful claim by another songwriter who alleges that their work has been copied. It may be harder to rule out the possibility that one of many songwriters not only heard but was influenced by the earlier work.

Under UK law a composition can be protected so long as it is recorded in some form – there is no need to put the score and lyrics down on paper. Given the advances in technology enabling songs to be composed in many different ways, this is very helpful for songwriters to search for and then compare compositions that may be similar.

Here, too, is another point where different legal systems can have an impact on the handling of a case. In both the Blurred Lines and Stairway to Heaven cases, the compositions were written at a time when the US copyright protection was effectively limited to the sheet music registered with the US Copyright Office (rather than the composition as recorded, which may be different).

Once a plagiarism case moves beyond a comparison of the sheet music, technology can help to provide a more detailed analysis of a composition’s structure – and display the results of that analysis in a way that is easy to understand (even for lawyers, juries and judges without any musical training). However, it can also assist in trawling through the vast archive of compositions on the internet and identifying similarities that may well not be the result of any copying, whether innocent or deliberate.

By and large the UK courts have been able to deal with infringement claims by relying on well-established legal principles. For example, the Court of Appeal used historical precedents to find that an academic’s updates and corrections to works by the French court composer Lalande (these compositions dated from the 17th and 18th centuries so were not protected by copyright) produced new work capable of copyright protection.

Pending Brexit, however, the influence of European Union law and decisions of its courts will continue to play a part in UK infringement cases. In a case on the copying of newspaper articles from 2009, it was held that storing an extract of just 11 works from a news article could be a reproduction of that article (and so, if unlicensed, an infringement) of the copyright in that article.

This demonstrates that taking even a very small part of a composition can be an infringement of the relevant copyright, provided that the songwriter can show that by taking this part, the defendant has taken advantage of their “intellectual creation”.

This still leaves open the question as to how much of a composition a songwriter can claim protection for. A frequent comment on the Stairway to Heaven case was that the chords were part of the “musical DNA” shared by the world at large. The trial judge recognised that Stairway to Heaven and Taurus shared a similar chord structure. However, he felt that it was arguable that the similarities went further than that – which was why the case was left to the jury. The dividing line between that can be protected and what is merely the use of common riffs or melodies is likely to get harder to draw as access to music becomes easier (and as more works fall out of copyright protection because of their age).

There may also be calls for legislative reform on this issue to allow greater freedom to songwriters to use earlier works. The Australian courts had to consider the use of melody taken from Kookaburra Sits In the Old Gum Tree in Down Under by Men at Work. One of the judges expressed disquiet that the defendants were found to have infringed copyright.

His view was that they had not taken the melody to save effort but to pay tribute to the iconicity of the earlier work. From October 2014 UK law has provided a defence for quotation, which is available for “criticism, review or otherwise” and it could be argues that such musical references should fall within that defence.

UK law now also provides a defence where an earlier work is used “for the purposes of caricature, parody or pastiche”. Like the “quotation” defence, that use must be considered “fair dealing”, but the more intriguing question may be how the UK judges will follow the guidance of the European Court and assess whether a parody truly is “an expression of humour or mockery”.

Article first featured in The Works, 2016