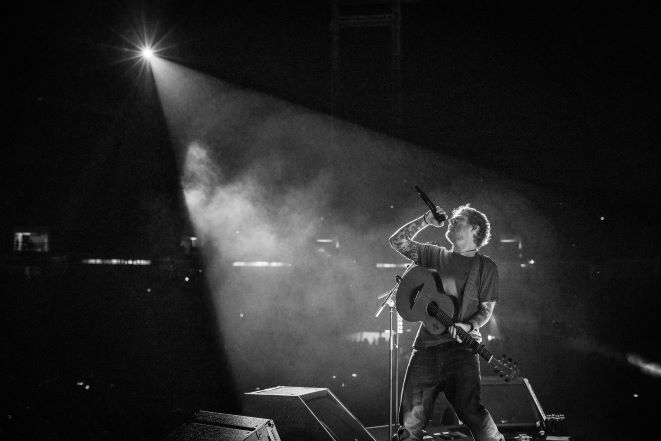 Even in a year full of staggering achievements by UK songwriters, Ed Sheeran’s accomplishments stand out.

The prolific singer-songwriter – probably Britain’s most consistent hitmaker over the past decade – is no stranger to formidable success. But even by his sky-high standards, 2021 was special.

Because Sheeran co-wrote no fewer than five Top Five singles, as well as contributing to numerous hit songs by other artists, and coming up with the second biggest-selling album of the entire year.

His mission to make even over-achievers look like slackers began with Bad Habits. A song so versatile that it spawned both a successful drill remix and an eye-popping collaboration version with Bring Me The Horizon, it spent a staggering 11 weeks at Number One.

It was eventually knocked off by – you’ve guessed it – Ed Sheeran. Shivers stayed on top for a further four weeks, while his new blockbuster album, =, spun off two other huge hits, Visiting Hours and Overpass Graffiti. The album itself sold 139,000 copies in its first week and has been at or near the top of the charts ever since.

That would be enough for some. But Sheeran also co-wrote hits for other artists as varied as Maisie Peters (Psycho), BTS (Permission To Dance), JLS (Eternal Love) and Anne-Marie (Beautiful).

And just to (festively) wrap up the year, he and Elton John created a new festive anthem, Merry Christmas, that topped the charts and even formed the basis of the song that took over from them at the summit, Lad Baby’s Sausage Rolls For Everyone.

Further proof that, when it comes to songwriting, Ed Sheeran is irreplaceable. Unless it’s by himself.

Permission to Dance by BTS