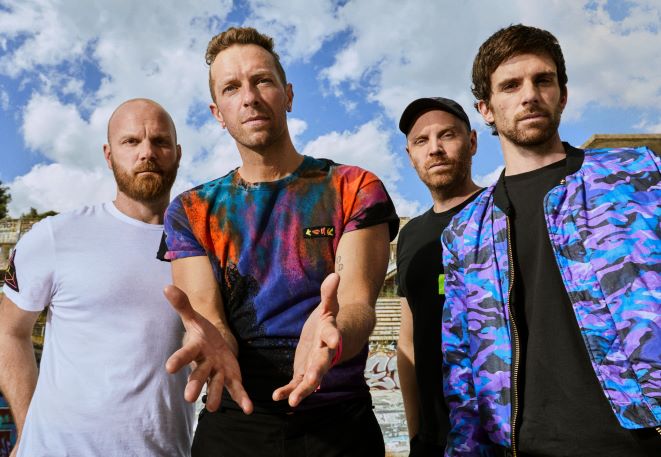 The Ivors with Apple Music
Songwriter of the Year Nominee – Coldplay

That was more apparent than ever on 2021’s space-themed Music Of the Spheres. Despite being the ninth album of an illustrious career, Spheres showcased Chris Martin, Guy Berryman, Will Champion and Jonny Buckland’s unwavering desire to keep pushing Coldplay’s musical envelope.

So in came Max Martin (described as “a true wonder of the universe” by the band) as producer and co-writer, and up went Coldplay’s already well-honed knack for writing euphoric pop hits.

A collaboration with K-pop sensations BTS, My Universe became Coldplay’s biggest hit for four years as it surged to Number Three. It fared even better Stateside, topping the Hot 100.

The band weren’t done there either, hooking up with another pop sensation, Selena Gomez, for another Top 30 smash, Let Somebody Go. And yet the four members – all of whom are credited as co-writers on every song – showed the versality to also conjure up a song like Coloratura, a 10-minute plus album track that drew favourable comparisons with Pink Floyd.

That’s probably why the album went straight to Number One, becoming the first to sell more than 100,000 copies in its first week since Ed Sheeran’s No.6 Collaborations Project in 2019.

Such dizzy commercial heights may seem like a long way from the indie guitar scene that spawned them. But that’s the beauty of Coldplay: a band that will always boldly go where other guitar bands fear to tread.

Music of the Spheres by Coldplay