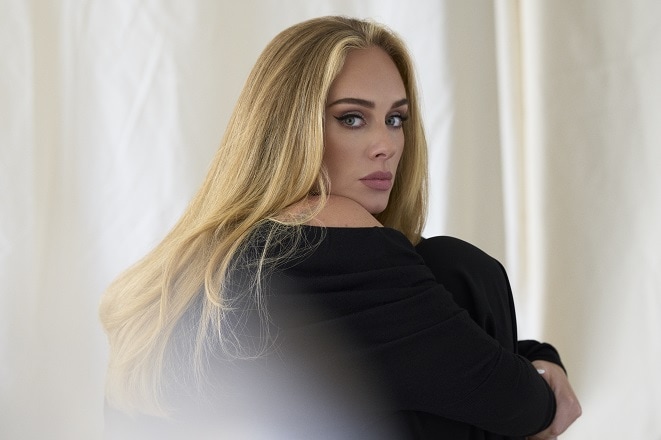 The Ivors with Apple Music
Songwriter of the Year Nominee – Adele

The Ivor Novello Award for Songwriter of the Year recognises a British or Irish songwriter or songwriting partnership who wrote an outstanding body of commercially successful songs released in the UK in 2021. For the second time since the award was introduced in 1970 Professional-tier members are invited to vote for the winner from a shortlist of nominees decided by The Ivors Academy’s jury.

They don’t come around as often as we would like, but any year with an Adele album in it tends to be a great year for British songwriting. And 2021 was no exception.

Because this was the year that the UK’s homegrown superstar returned with yet another unstoppable blockbuster in the form of 30.

It had been six long years since 25 broke records all around the world (although only five years separated the two in Adele’s age-related album naming system). And a lot had changed for Adele as a person in that time.

She had got married, divorced and given birth to her first child – events that provided plenty of lyrical inspiration for the album. But two things hadn’t changed: Adele’s ability to make incredibly personal events into wonderfully universal songs. And the fact that everything she touches turns to multi-platinum.

So first single, Easy On Me, was a poignant plea for understanding that shattered single day and single week streaming records. It spent eight weeks at Number One in the UK and also topped the charts in multiple international territories.

And there was plenty more where that came from. The R&B banger Oh My God followed, reminding people that Adele doesn’t just do classic ballads, reaching Number Two. And I Drink Wine, a sensation based on its title alone, followed it into the charts, hitting Number Four.

The album, meanwhile, full of other astounding songs such as Can I Get It and Strangers By Nature, and featuring several co-writes with regular collaborator Greg Kurstin, became the biggest selling record of the year. Proof that, whatever the year and whatever her age, Adele always delivers.