What’s happening to the BBC and what does it mean for music creators?

Following the elections, the BBC has officially become contested territory. There are rumours of the TV Licence fee being ‘whacked’, in Boris Johnson’s own words, but due to procedural safeguards this seems highly unlikely before 2027, when the BBC Charter is up. The new Government’s desire to look at the BBC comes on the back of the Beeb having to start charging over-75s who don’t qualify for benefits. It also came at the same time as Sir Tony Hall announcing he would be stepping down in summer 2020.

For now, a public consultation on whether TV licence evasion should be decriminalised has been launched. To be precise, non-payment is not presently an imprisonable crime, and hardly ever leads to a criminal record. Much rarer still is incarceration. In 2018, 5 people were sent to prison, with an average sentence of 19 days. The consultation document is also full of other interesting TV licence statistics, and we recommend having a look. However, for the time being, to judge if any appropriate change is needed, it is useful to consider other factors.

The BBC stands to lose a substantial amount of funding, varying between £150m and £200m according to different sources, from decriminalising licence fee evasion. It is safe to say that this would have a detrimental impact on the ability of the BBC to carry out its services. Although the BBC is the most used media organisation in the UK, there is still an interesting question around the obligation to pay the fee by those who never make use of its services. This is becoming more common with the growth in linear and digital TV options. The idea of the BBC becoming a subscription service like Netflix is becoming common currency, and the BBC itself makes clear it sees the need for evolution and modernisation to keep up with the digital era we live in. The nature of this evolution of the BBC as a public service content developer in a global content industry has yet to be defined and there are fears that evolution will mean revolution, where everything that makes the BBC great will be lost.

From a music creator’s perspective, the existence of a public service provider is important for a number of reasons. The BBC has always commissioned, produced, performed, broadcast, and developed the most diverse and innovative music. The reputation of the UK music industry would be much diminished if the BBC had not existed with the orchestras, stations, festivals, conferences, and commentary that it provides. The BBC is the biggest commissioner of music, and for many it provides their first steps on the world stage. It is recognised that 75% of music played on the BBC is not played on commercial stations, and that the BBC serves an important role in catering for the tastes and education not served by the commercial sector.

Many of these arguments were made only five years ago when The Ivors Academy joined the rest of the industry in the ‘Let It Beeb’ campaign to defend the BBC from cuts in the Royal Charter renewal. But five years is a long time in the fast-moving media world where the number and size of new entrants to the market has changed substantially and further change lies ahead. The crucial point at this time is what change would be beneficial to the BBC, as part of modernisation, and what change would undermine its ability to serve the public interest.

This is the start of a debate that is likely to rage for many months and years to come. For the time being, The Ivors Academy will be responding to the public consultation.

Lining up the talent

Consultation on the National Plan for Music Education

A 2018 report by UK Music, titled Securing Our Talent Pipeline, shows that there is an impending crisis in the music industry’s talent pipeline. There is evidence of a decline in new acts and of the industry relying on artists who have been active for decades. The music industry is also found to be increasingly inaccessible, especially for BAME people and/or people from disadvantaged backgrounds. One of the crucial issues with lack of new talent is that this is partly due to a lack of exposure to music in the early stages of life. The majority of the existing grants and funding opportunities in the UK focus on creators with a proven track record of musical activity and remarkable talent. However, as is pointed out in the UK Music report, it is often forgotten that developing musical skills takes a lot of practice, some financial means, and not least, the initial exposure which stimulates an interest in pursuing such a career.

The talent pipeline issue can be tackled on many fronts. Although privately funded side-projects are to be applauded, music education needs to be addressed in Government policy. For instance, music provision in state schools is in marked decline. Music needs to be reinstated in school curricula at all levels, and especially in state-funded schools, attended by 91% of all children. This is essential because music plays an important part in a well-rounded cultural education, and because without such a provision it will be extremely hard to achieve effective equality of opportunity. Studies also show that learning music improves results in other ‘traditional’ subjects, and lastly, music needs to have a broader reach if we want the music industry to keep contributing as much as it does to the economy.

In the words of the Minister for School Standards himself, Rt Hon Nick Gibb MP, ‘There is evidence that actively making music with others promotes wellbeing from infancy to old age, develops identity and builds self-esteem.” As the National Plan for Music Education launched in 2011 comes to an end, Government are refreshing it and have launched a consultation to hear from relevant stakeholders, including parents and teachers, and organisations like ours. The Ivors Academy will submit a response, highlighting the importance of equality of access to a career in music across the country and for all genres and groups of people – particularly the most disadvantaged. In order to shape a healthy music industry, where music creation is fostered, we need to start from the bottom up and invest in our youngest with a plan that is tailored for the evolving landscape of the next 10 years. Further updates to follow.

Let’s make the UK the Creative Capital of the World

Now that Government has been reshuffled, the music industry is presented with a fresh opportunity to make our needs known to policy-makers, and The Ivors Academy is putting forward creator-focussed requests as part of UK Music and of the Council of Music Makers (CMM).

We want UK creators of content to thrive in this new digital economy and for the UK to become the Creative Capital of the World. In order to do this, music makers’ time-honoured rights, which form the basis of our commerce, ought to be entrenched and invigorated. For instance, in the US, ‘work-for-hire’ agreements which deprive creators of their royalties are becoming more and more common, but the introduction of similar contracts in the UK market would be disastrous for our creative economy. Talented music makers want to be sure that they will get transparent and fair contracts, ones which will ensure that music-making remains a viable career choice. Conversely, the UK runs the risk of losing music makers to overseas opportunities offered in fairer and more transparent markets.

Copyright protections have been crucial to the UK music industry’s success to date. If music is to thrive in the new economy, and if we are to attract the best talent to the UK, we must extend such protections to the new economic and technological landscape so that there is sufficient revenue for music creators to make a living. In this sense, the legislative effort needs to also engage with technological innovation.

The UK has benefited from a number of great incentive schemes for other sectors in the creative industries. Funding schemes have proven extremely successful in film, video games, animation, theatre, opera, and TV. However, music makers have missed out on this support even though they work closely alongside these sectors. Fiscal incentives would allow UK creators to showcase British talent overseas, whilst also attracting new talent from the rest of the world.

Last but not least, we call on Government support to foster equality of access to a career in music-making through fiscal incentives and targeted initiatives.

Other news from around the web

Page Turner: What Spotify’s Songwriter Pages Could Mean for Writers and Publishers

Viewpoint: UK Music Acting CEO Tom Kiehl on Why the Business Rate Cut for Venues Is So Important

Oracle Strikes Back at Google in Supreme Court Copyright Case 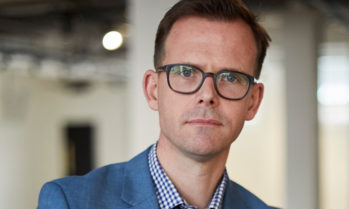 The Ivors Academy calls for solidarity against buyouts 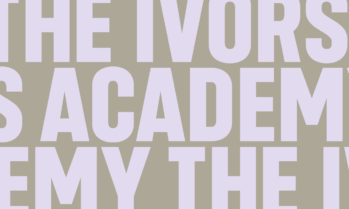